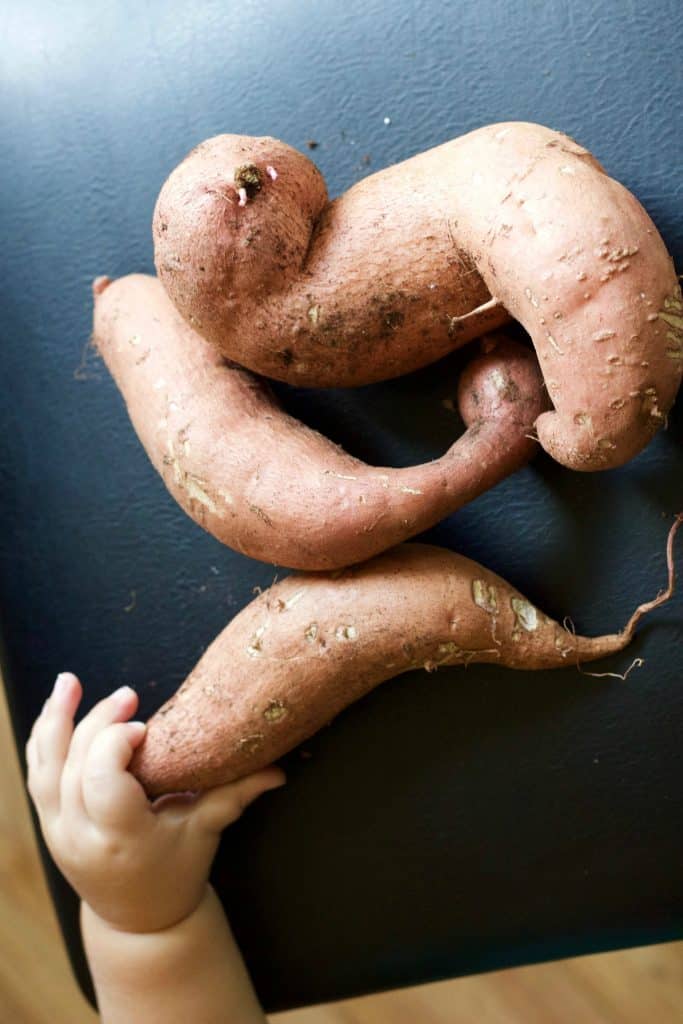 This past week I hosted my very first Thanksgiving dinner.  It was a blast.  However, the next day I was sore from cooking in heels for six hours.  Poor wardrobe choice.  The food was great – although I could have certainly cooked a lot less of it.  We had 12 adults and 4 children at dinner and I am pretty sure that I could have had 24 adults and we would have still had plenty of food.  Oops.  For this post, I wanted to jot down two of my favorite side dishes from the meal – Roasted Brussel Sprouts and Maple Porter Whipped Sweet Potatoes.

The roasted Brussels sprouts were the surprise hit – guests politely took one or two to taste but I am pretty certain most had very low expectations.  All around the table were murmurs of approval … hmm, these are pretty good!  Actually, they are pretty good.  Pretty great if you ask my 4-year-olds.  The roasted Brussels sprouts are so easy and I got the basics of this recipe from the November issue of the North Carolina Our State magazine.

Directions:
Preheat your oven to 450.  Toss Brussels sprouts with a little bit of olive oil.  Spread on a cookie sheet.  Season with sea salt and pepper.  Roast for about 25 to 35 minutes – turn them over about halfway through the cooking time.  Meanwhile, heat a large skillet over high heat.  Add the peanuts and cook them until you can smell them!  (I bought some cajun roasted peanuts at our local farmers market and they worked really well in this recipe.)  Only cook the peanuts for a few minutes.  Remove from the pan.  Add the bacon to the pan and cook until crisp.  Rough chop the peanuts and the bacon.  Toss with roasted Brussels sprouts and serve.

I love sweet potatoes – not only do they taste delicious but they really are one of those “power” veggies – so good for you!!  I realize that everyone does not share my love for sweet potatoes but this recipe makes them taste extra-delicious.

Directions:
In a large stockpot, boil potatoes until tender.  Sweet potatoes should be started in cold water and then brought up to a boil.  While boiling, reduce the maple syrup and beer until the liquid has been halved.  This part is a little tricky.  Bring the mixture up to a boil and try to maintain a steady simmer (almost boil) while the liquid thickens.  You will know that your liquid is thick enough by putting a spoon in the liquid and then trying to draw a line down the back of the spoon – if you can see the mark your finger left through the liquid then your mixture has reduced enough.

Push the potatoes through a ricer if you have one.  I don’t have one yet but I have put it on my list to Santa.  I really enjoy using a ricer for mashed potatoes – the potatoes come out far fluffier and you don’t overwhip them.  Add the stick of butter and the maple porter reduction.  Season with salt and pepper.  Enjoy!

Other favorite veggie sides with sweet potatoes and brussels sprouts …

Glazed Sweet Potatoes in a Crockpot